Cheewa is a sought-after keynote speaker, having worked with associations, agencies, and corporations across the United States and Canada. Her keynotes emphasize the power of communication, the paths to a balanced life style, and the value of positive role modeling—the kind of leadership that lives in every person.

“An employee or organization member with a balanced personality and strong communication skills is a contributing, productive individual.” That’s how Cheewa sees it!

“What I do,” says Cheewa, “is customize each speech. I want to know the challenges each client faces—what they need me to concentrate on. Then I need to know what people in their organization or business are doing right—so I can give them a show of support and appreciation with my own rousing call of ‘Right On!’”

With a name like Cheewa, there has to be something different going on—and there is. She says it best herself: "My father is Modoc Indian and my mother is the daughter of German immigrants, which is why I look Italian—it’s the way the genes move!” As a published author, much of her research and writing is on the Native American.

Although addressing contemporary, forward-looking, and progressive business and self-development issues, Cheewa often uses American Indian philosophy to illustrate a point. She creates a feel for diversity in a very subtle way. Cheewa was born on the Klamath Indian Reservation, Oregon, and is enrolled with the Modoc Tribe of Oklahoma.

As an author, she did extensive research over several years producing MODOC: The Tribe That Wouldn’t Die (Naturegraph, Inc.). She served as a National Park Service ranger in the Lava Beds National Monument, site of the 1873 Modoc War.

She has also written Catch the Whisper of the Wind, a collection of 60 profiles of Native Americans and Canadian First Nationers (Health Communications, Inc.) as well as several self-published books. She has published in such publications as Smithsonian, National Wildlife, National Parks, True West, Chicago Tribune, Portland Oregonian, Kansas City Star and in other newspapers across the U.S.

A former television anchorwoman and reporter, Cheewa is the recipient of seven UPI (United Press International) awards. She has been awarded the National Television Golden Mike Award for excellence in television production in the interest of youth. She has most recently been associated with PBS Sacramento, CA, KVIE-TV

Cheewa is degreed in the area of communication with graduate work in education. She is a credentialed educator. 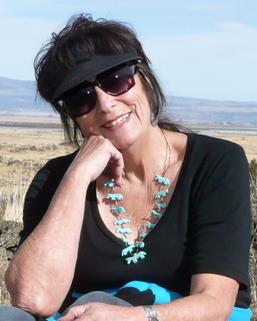 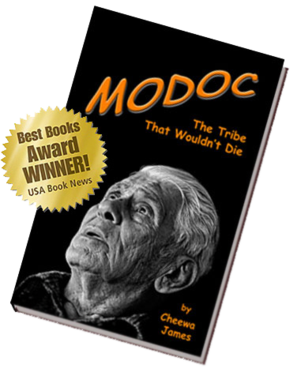